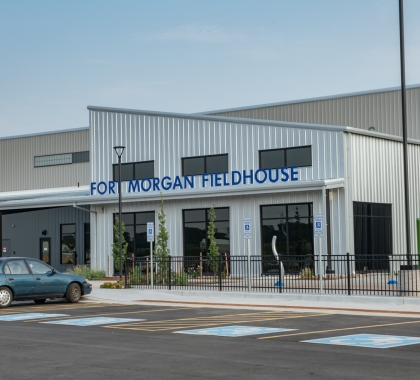 NMPP Energy presented its Project of the Year Awards to four communities at its Annual Conference in Lincoln, Neb., March 23.

The awards are presented annually to NMPP Energy communities to recognize projects or programs that create a more cohesive community, whether it was a project created for the entire community or one that makes it easier for city staff and employees to serve their customers. The award winners received $200 to be used for a community project of their choice. Communities presented awards were:

The project consisted of upgrading four blocks of the Village’s 1950s-era electric distribution infrastructure to today’s modern standards. The Village collaborated with Great Plains Power and local business Frieden Electric Company on the project. The upgrade included installing a significantly higher voltage three-phase distribution system. Several secondary overhead wires were rerouted to clear buildings and new transformers, poles and other equipment installed that will improve system reliability and minimize maintenance for many years.

The renovation project transformed a historic 90-year-old bank in downtown Carlisle and renovated it into a new City Hall facility. The focus of the project was to create a customer-focused facility that provides room for multiple departments to grow in the future. The building includes office space for City staff and several meeting spaces, including City Council Chambers and a conference room for local non-profit groups and the businesses community.

The project is the first completed project in a series of seven facility and infrastructure projects running through 2027. These projects will result in more than $15 million in investment into the City’s facilities and infrastructure. Overall, the project represents wise use of an existing building and taxpayer funds to provide a quality facility to serve Carlisle for decades into the future.

The 1.5-megawatt energy storage project, which is a collaboration with NextEra Energy Resources Development, stores solar energy from South Sioux City’s 21-acre solar farm during the day and discharges the energy during peak electric demand. The City used a combination of grant funds ($750,000) from the Nebraska Environmental Trust and Federal Investment Tax Credit and cash to fund the $1.56 million project. The project moves the South Sioux City community toward diversification in energy sources.

The new Fort Morgan Fieldhouse opened in May 2021 and is the first new municipal building the City has completed in more than 25 years. Identified as a community need years ago, the facility consolidated the City’s physically dispersed recreation services into one location as part of a new development called CenterPointe. The new complex serves as the catalyst to fuel residential and business development in the area.

The multifunctional facility includes an exercise room that doubles as a community room and an auxiliary gym that doubles as an auditorium. By combining with other City projects, outdoor amenities were enhanced to include a splash pad and an ADA-inclusive playground. Indoor climbing walls, batting cages and other equipment are also incorporated. The facility is a driver for the ongoing CenterPointe development.

Back to All News
NMPP's energy-related services can assist your community!
Learn more